Chris R and I were joined by Ben G, Chris P, James C and Ian D-W.

I explained how I’d used a simple automated regression test to help me convert our company website from vanilla.rb to Ruby on Rails. This test spins up a server process, crawls the website, captures the rendered HTML, normalises the HTML using HTML Tidy, and then compares the normalised HTML with the HTML committed to the git repository. 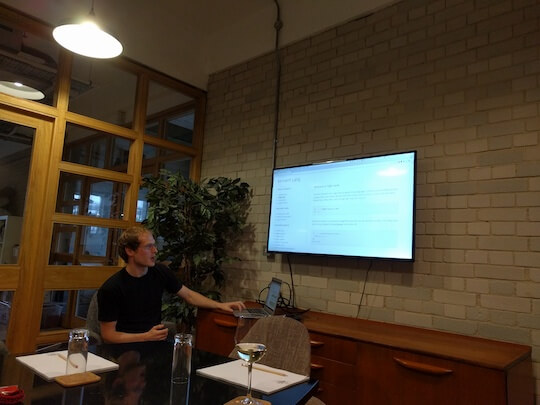 Chris P explained a bit about Sentient, an experimental declarative programming language which he’s been developing. The Sentient website has some really nice examples, like this one about generating a Magic Square, which execute in the browser. He explained a bit about the following: Microsoft Research’s Z3 Theorem Prover, Propositional Logic, Klee, maze solving, and finding bugs in programs. 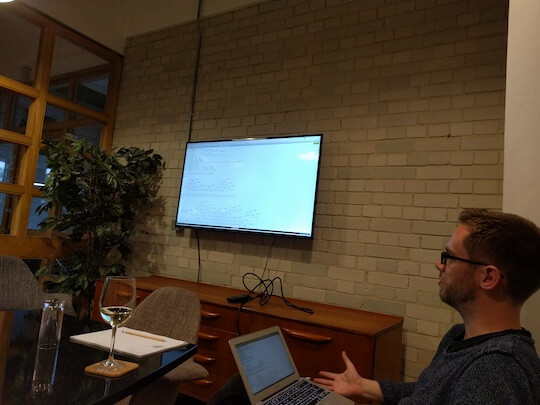 James C talked about some work he’d done inspired by Types and Programming Languages, the book which the members of the London Computation Club are currently working their way through. In particular, in connection with chapter 9.2 “The Typing Relation”, he’s been writing some Ruby code to work out the type of an expression, but also to generate a proof of how it worked that out.

In his own words, he then realised he’d accidentally written a “crap” (Ruby) implementation of Prolog. He embraced this fact and added a user interface to make it actually look like Prolog! He also explained a bit about the concept of unification and how it’s at the heart of Prolog. 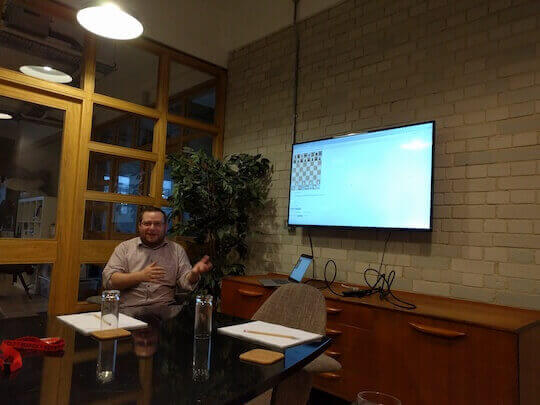 Beng G gave us a quick reprise of the project Chris R, he & I worked on some time ago which generates a sound track for a game of chess. 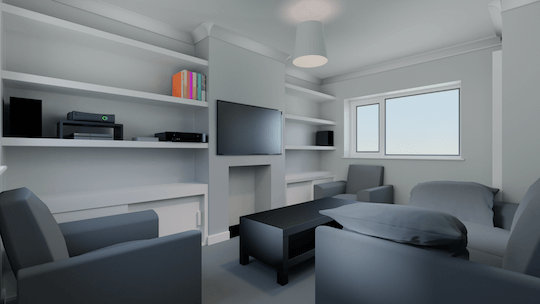 Ian is (or was) in the process of buying a house and he showed us some impressive work he’d done with Blender to generate detailed visualisations of how the inside of the property might look with some of his furniture and possessions. The thing I found particularly fascinating was the effort he’d put in to the detail of surfaces like some net curtains! 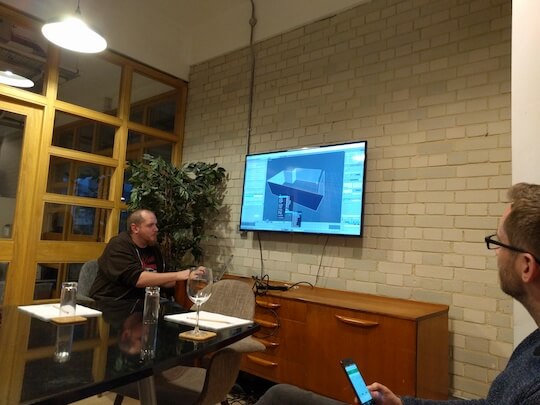 He also revealed that he’d previously lectured on a Graphic Design course and had taught people to use Blender. He then proceeded to give us a quick off-the-cuff demo of how to use Blender to render a room with a window, explaining that Blender’s user interface isn’t very approachable, but the app is incredibly powerful.

Ian also showed us how he’d added texture and paint to a bunch of Nerf guns - the results are pretty spectacular!

We’re hosting our 36th Show & Tell on Wednesday, 13th September. It’s open to all so please get in touch if you’d like to join us.