I’ve had a sandwich week – two slices of Harmonia with a thick layer of client work in the middle of it. It’s good to be able to come back to Harmonia more than once in a week though, as it lends a sense of momentum that’s otherwise hard to establish. 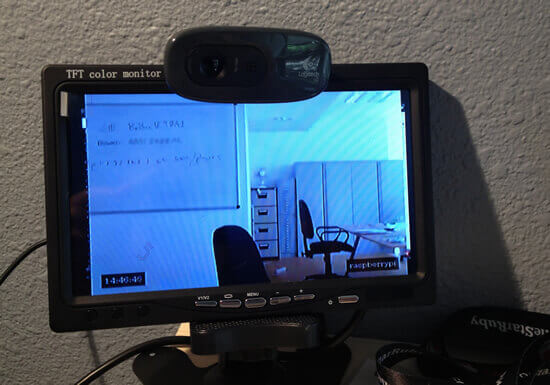 James M and I got our looking glasses working, and I’m looking forward to using them in anger. At the moment we use Sqwiggle to give a sense of connection despite our geographic spread, but it suffers from high CPU usage, which isn’t great.

James M also visited OxRUG this week, and got to know some of the local community better, including learning about a co-working space hosted by White October which he might make some use of. I’m also considering spending a bit of my working day somewhere a bit social; with just me and the cat here in the afternoon, it can make a person go a bit stir-crazy.

On the Harmonia front, I did a bit of sketching to figure out some more effective ways of communicating the problem Harmonia solves and making it easier to sign up. 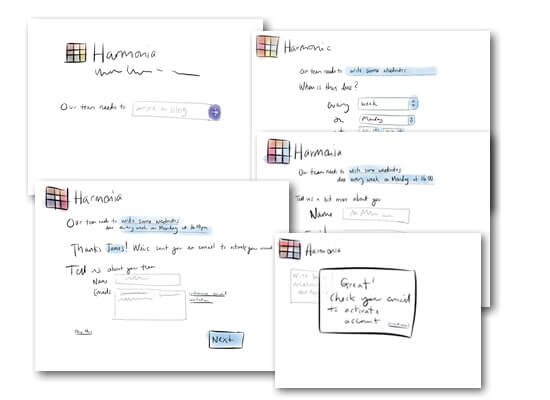 Tom has also been doing some work on a new dashboard layout, and on adding the ability to try out new features using feature flags, which should allow us to more easily experiment and roll out new functionality to subsets of our users.

Naturally, Chris has been on holiday, the lucky blighter. He’s back next week though.

So that’s that. See you next time,